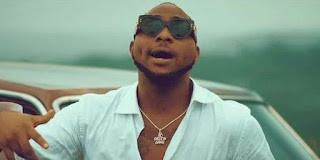 The video which he calls his biggest song was released on Friday.

The “assurance crooner’’ made the announcement on Friday on his twitter handle @i am_Davido “wherever you are on this earth, once its 12 a.m, you can now download “Nwa Baby’’ worldwide. Enjoy!!!, he wrote.

“Nwa Baby’’ lingers his love tales, preference from where his last single, “Assurance’’ stopped in Love, promises and blandishments.

The video was directed by Meji Alabi for JM films.

In 2016, Davido signed a record deal with Sony Music. Few months after, he started his own record label Davido Music Worldwide (DMW).

In 2017, Davido won the Best African Act at the MOBO Awards and Best International Act at the BET awards 2018.