#Streambathing : When would Some Celestial parishes do away with the old customs and embrace a new orientation..

This is an interesting message for agency of Human Right Abuse in Nigeria..

Is this manner of spiritual exercise, practiced by a Superior Evangelist of Celestial Church of Christ, projecting the church’s image in a good light? 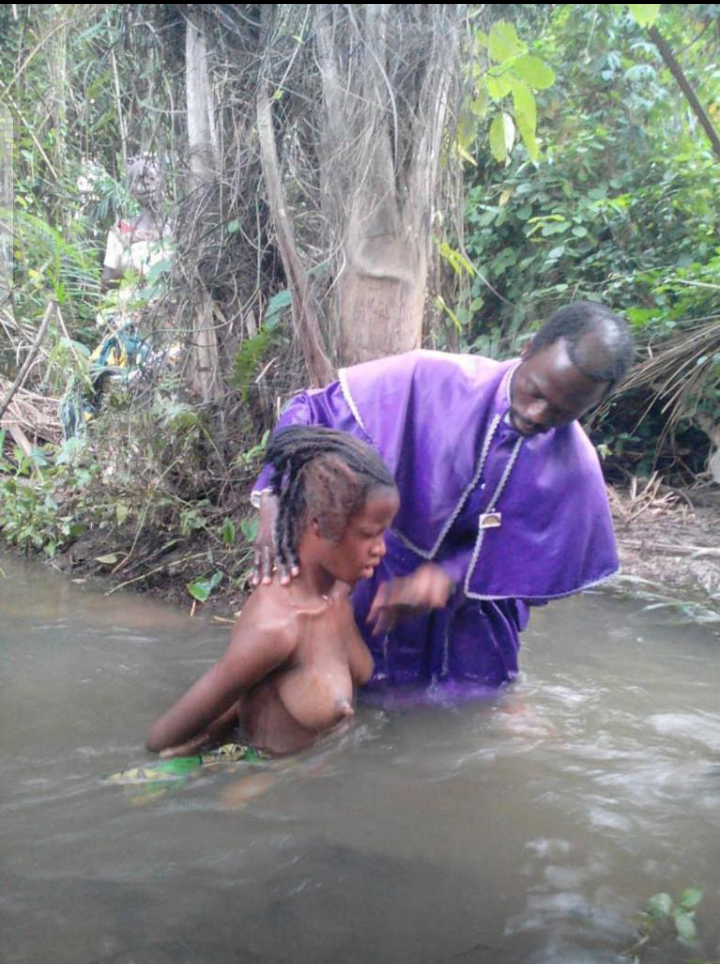 What would be the future of this victim of circumstances whose picture of her is being circulated all over the internet?

Bathing in the stream has been a dangerous trend than before because evil people also perform such ritualism, it is not advisable to perform such spiritual exercise with knowledge of danger.

Many cases have been reported that some Shepherds have lost their lives in the process of practicing such exercise.

The interesting part of this scenario is the fact that the majority of people castigating Prophet Israel Oladele Ogundipe’s preaching approaches, against bathing in the stream, are the ones such an absurd practices shown in an above picture, and projecting Celestial Church of Christ in a negative manner.

Over the years, Prophet Israel Oladele Ogundipe https://www.ara-newstrends.com/2020/02/streambathing-when-would-some-celestial.htmlhas been anchoring a new transition of religious innovation that discourages bathing in a stream to receive miracles and deliverance from such spiritual exercise.

He believes anyone who dedicates his or her live to God through worships praises, prayers, and fasting will surely experience the manifestation of God’s power to receive uncommon miracles that are very hard to believe.

This kind of approach has become one of the foundations of Genesis Global’s growth, and as they follow it, it has bred results and miracles that look like magic.

When would a new generation of Celestial Church of Christ (like CCC Genesis Global) start heralding into a new dimension of spiritual exercise, using prayers, fasting and scriptures to connect to God?

When would the parishes do away with the old customs of more 7 decades and embrace a new orientation of worshiping, praising and praying?
If we were to follow the law of old testament in the Bible, there would not be existence of 95 percent of total numbers of people living on earth today.

I believe Prophet Israel Oladele Ogundipe would be part of the 5 percent that would be alive because he is a rare human whose act of love to humanity has become mystery to many people.

I believe he deserves such accolade! What is the logical reason to keep practicing a custom at the detriment of people’s lives?