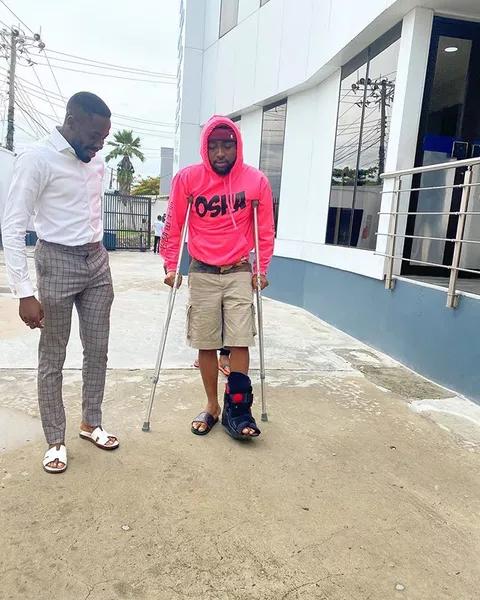 According to allegations making the rounds, this was after she found out that he reportedly welcomed a fourth child with another woman identified as Larissa London, a UK-based makeup artist.

Recall that earlier this week, the "Assurance" singer was alleged to have welcomed a baby boy with the London based makeup artist, who allegedly put to bed a few weeks ago. The baby boy was reportedly born in March. 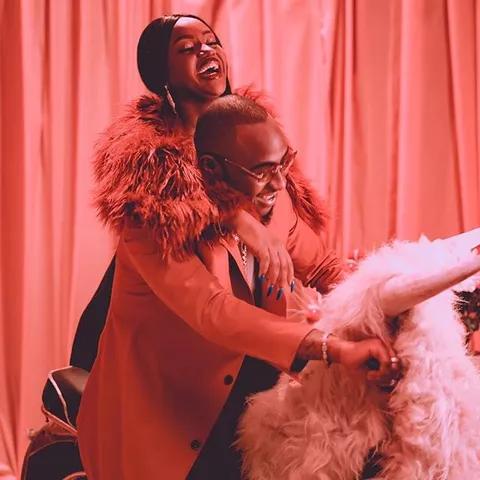 One week ago, Davido’s lawyer, Bobo Ajudua shared photos of the singer grappling with crutches while wearing a medical walking boot for a broken foot.

Well, rumour has it that Chioma might just be the responsible party.

According to the allegations, Chioma and Davido got into a heated argument and she pushed him, which resulted to the bandaged leg due to the fact that he fell.

It was further alleged that the injury is a bit serious, as he has been checked into Reddington hospital in the company of his friends and bodyguard.

Meanwhile, Davido’s manager, Asa Asika had stated that Davido is doing fine and there is no need to panic.

Asa also mentioned that the singer only sprained his legs and would soon be back on his feet.

“Davido is recuperating well. He’s resting his legs and he’ll be good. Nothing is broken. He will be fine. He just tripped; that’s all,” he said in the interview.

We will keep you update as the story unfolds.