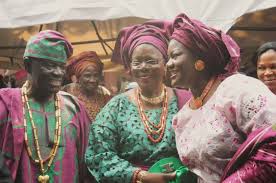 Ondo is a town in Ondo state of Nigeria. Its one of the yoruba speaking town in Nigeria. Traditional clothe worn by Ondo people during occasion are Alaari, Sanyan and Etu. ...

One of the distinguishing features of the Ondo from the many the many ethnicity of the Yoruba tribe, is through their high sense of fashion in traditional outfits; through their employment of the Yoruba”aso-oke” in such ways as to create a distinct identity by making emphatic fashion statements in traditional haute-couture!
Most of the available Ondo “aso-oke” are derivable majorly from three main known types: “sanmiyan; etu; alaari.” 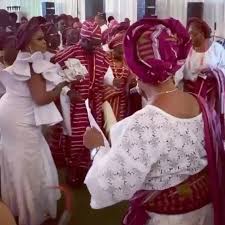 There are combinations of the above to make: “petuje, ogungun-elu, lodemeta, laliga, etc” For the Ondo man and woman, a well put together traditional “aso-oke” outfit at important functions, radiates an aura of sartorial elegance and a majesty of bearing that can only come with some cultural pride. 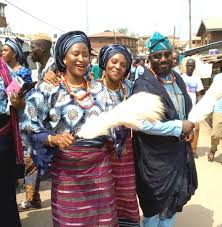 Have you heard anything from the history of Ondo Kingdom? Do you want to know more? Check out this article. The Ondo Kingdom is a traditional State with capital in Ondo City, Ondo State, Nigeria.
Ondo Kingdom was established by Princess Pupupu one the twins of Alafin Oluaso, her mother was QUEEN Olu who later died at Ile oluji, the princess gave birth to twins in the era where twins are abomination, and they were named ESE OMO.
One of the twins died at Epe near ondo. There were wars in the town between 1865 to 1885 when people in the kingdom fled to Oke Opa.
OSEMAWEs installed and died there. Before then, the KINGDOM was ruled by the son of Pupupu called Airo.
Airo went to Benin under the pupilage of his uncle Oba Eiseghie 1516 to train in the art of governance.
Airo came back with many traditional Benin culture and religion, on his arrival he changed the organogram of the Chieftaincy, and he changed CHIEF Lisa as 2nd in command, as he saw in Benin and also made CHIEF Jomo the 3rd in command. 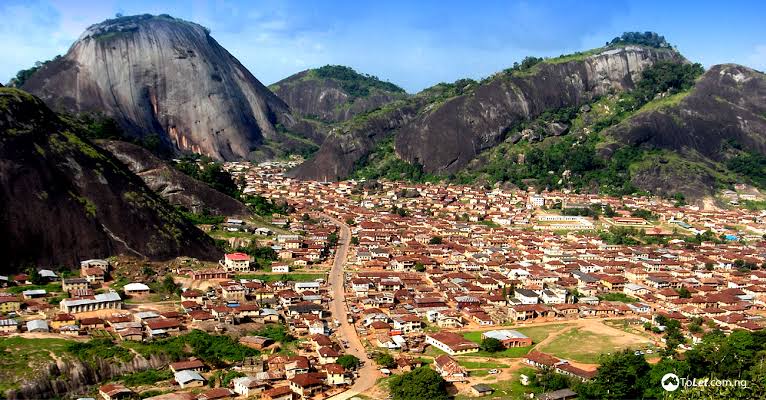 Osemawe Airo brought some titles from Benin to ondo like logboesere, ogbodu, lisagbo, etc, why OSEMAWE his brothers and sisters are settled at Odi LOTU OMOOBA in OKE Otunba Headed by one of the Princes called Olotu OMOOBA.
He was assisted by 5 princess lead by LISAGBON why the two ranking princes are to be in charge of 2 traditional ONDO festivals called OBALIYEN and Agemo festivals. 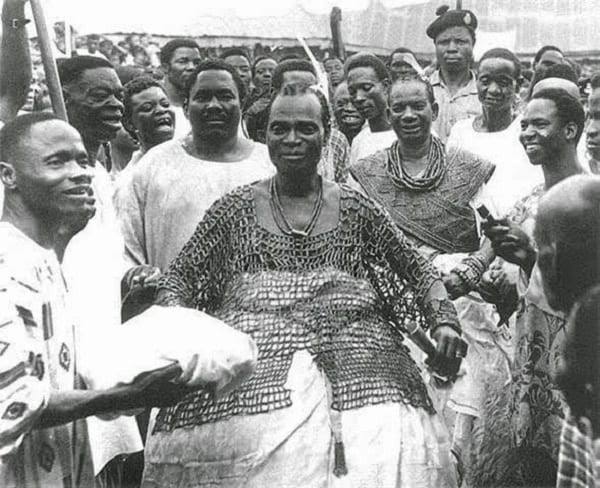 The kingdom survived during and after the colonial period, but with a largely symbolic role.
Osemawe rules through 5 leading
High Chiefs namely. Lisa, Jomo, Odunwo, sasere , adaja.
The Ondo people are one of the largest subgroups of the Edo people, but since the colonial era, they have been included as part of the subgroups of the Yoruba people.
There are three different origin stories of the Ondo kingdom.
1, Firstly, the tradition of Ondo town which is highly celebrated to this day claims that Ondo was founded by a wife of Oduduwa, the progenitor of the Yoruba who had migrated from Mecca to Ile-Ife.
2, Oduduwa's wife, Pupupu, gave birth to twins, which were regarded as unlucky and resulted in her exile with her twins. She moved southward until she came to the current location of Ile-Oluji.
3, Pupupu became the first ruler of the Ondo Kingdom in the 16th century and her descendants wear the crown today.
A final origin myth contends that Ondo was founded by people from the Kingdom of Benin during the reign of Ozolua.
Speculatively, one could suggest from the above that there is a very real possibility that the Ondo people are a mix of both the Yoruba on the one hand and the Edos on the other as the Ondo kingdom lies on the edge of Yorubaland with Benin City being the next major city in terms of proximity to the Midwestern Region of Nigeria.
Thank you for reading our article
Subscribe for more historical News updates ...
Ref: Wikipedia 2020
at August 04, 2020 No comments: