6 famous Nigerian celebrities who are biracial and doing awesome things.

The term biracial or multiracial is usually applied to people who have a heritage comprised of different races of the world.

World over, there are many famous celebrities who are biracial – actors, actresses, musicians, entertainers, singers, OAPs, models and even politicians.
In the Nigerian entertainment space, biracial or mixed-race celebrities are doing well for themselves, whether based in Nigeria or outside of the country; these excellent men and women have gone on to have successful careers in their chosen fields.
1. Ramsey Nouah

Ramsey Nouah
Born Ramsey Tokunbo Nouah Jr., but widely known as Ramsey Nouah, was born in Edo State to an Israeli father and a Yoruba mother who hails from Owo, Ondo State. He grew up in Surulere, Lagos, where he attended Atara Primary School and Community Grammar School. He obtained a diploma in Mass Communications at the University of Lagos, after which he pursued a career in acting. His acting career kicked off when he starred in the Nigerian TV soap opera ‘Fortunes’ and he has since appeared in numerous films starring as the lead role, and has been called “Lover-Boy” for his numerous roles in romantic films.
2. Sade Adu

Sade Adu
Born January 16, 1959, Helen Folasade Adu popularly known as Sade Adu or simply Sade, is a Nigerian-British singer, songwriter, and actress, known as the lead singer of her eponymous band. Sade was born in Ibadan, Nigeria, but brought up in Essex, England. She gained modest recognition as a fashion designer and part-time model, prior to joining the band Pride in the early 1980s. The “Sweetest Taboo” crooner is a Grammy-winning legend with her popularity almost universal.
3. Lilian Bach

Lilian Bach
Lilian Bach was born in Lagos Island to a Yoruba mother and a Polish father. Due to the nature of her father’s profession, she lived in various parts of the country during her formative years. She attended Army Children’s School, Port Harcourt and Idi Araba Secondary School, Lagos. She briefly majored in Theatre Arts at the University of Lagos. Lilian was shot into the limelight in the 1990s as a model. She also competed in the Most Beautiful Girl in Nigeria pageant and featured in several television commercials, after which she became the Face of Delta. She began acting in 1997 and have starred in several Nollywood movies of the Yoruba and English genres.
4. Adunni Ade

Adunni Ade
Adunni Ade is a gorgeous mum of two who was born in Queens, New York, United States to a German-American mother and a Yoruba Nigerian father. She was raised in Lagos and the United States respectively. Adunni had her elementary schooling in Lagos and Ogun states. Her Lagos-based father, who is also a successful businessman inspired her to study Accounting and she earned a degree in Accounting at the University of Kentucky in 2008. Before joining the Nigerian movie industry, Adunni worked in the housing and insurance sectors in the United States and she ventured into fashion modelling and featured in America’s Next Top Model. Upon returning to Nigeria, she landed her first Nollywood role in the Yoruba movie “You or I” in 2013 and has since become a regular face in several Nollywood movies.
5. Caroline Danjuma

Caroline Danjuma
Nollywood’s screen delight, Caroline Danjuma, was born to a Scottish father and a Nigerian mother. She studied Environmental Protection Management, Geography and Regional Planning at the University of Calabar. She also obtained a certificate of achievement in organisational behaviour from Edinburgh Business School in 2016. She made her screen debut in 2004, starring in some of Chico Ejiro’s popular films. After a hiatus from the movie industry, she made a comeback in 2016, producing and starring in the romantic thriller ‘Stalker’.
6. Nneka Egbuna

Nneka Egbuna
Nigerian singer, songwriter and actress, Nneka Egbuna aka Nneka was born to a Nigerian father and German mother. She first gained public attention in 2004 while performing as an opening act for dancehall reggae star, Sean Paul at Hamburg Stadtpark. After much acclaim, Nneka was given a green light to record her first album.

Email ThisBlogThis!Share to TwitterShare to FacebookShare to Pinterest
Labels: Lifestyle 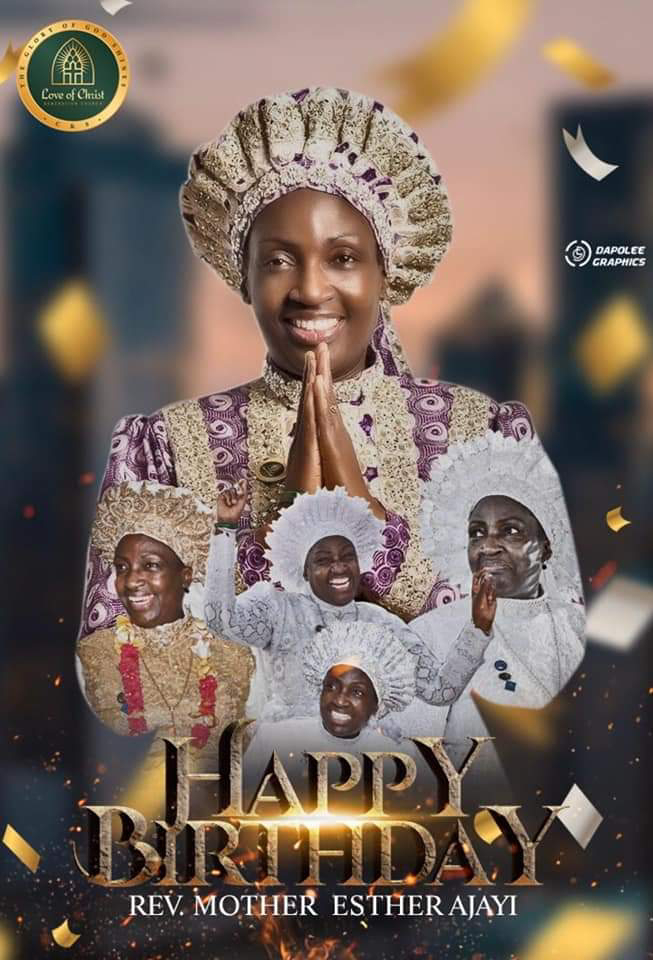 A Queen, Prophet of the Most High God, Wife and Mother, Philanthropist, Humanitarian, Mentor, Woman of Purpose and Change, A Giver....
She is an accomplished Christian leader, Philanthropist and Author with a real passion for the power of prayer and giving as foundational pillars in her life
She has dedicated much of her life to supporting on the ground, grassroots initiatives which has seen her touch thousands of lives and receive over 20 awards in the last two years.
She was born and grew up in Lagos Nigeria, where before dedicating her life to full time ministry, she excelled in the corporate world as a successful business woman. It was in Nigeria that she developed her Christian faith within the Cherubim & Seraphim Church.
As an avid theologian and scholar of the Bible, she holds a BA degree in Biblical Theology from Faith Bible College Sango-Otta along with other academic honors.
As a humanitarian and philanthropist, she has made significant contribution to the work of the church physically, financially and spiritually and across many denominations and many continents.
She holds title of Matron and financial supporter in more than 50 churches in Nigeria and other countries of the world.
She is also Grand / Life Matron to many charity organisations and various Non-Government-Organisations across many communities in Africa.
This work was instrumental to her carving a niche for herself across both secular and spiritual spectrums as a great philanthropist within many communities, including United Kingdom and across Sierra Leone, Ghana, Nigeria and other parts of Africa.
This has led her to establish her own charitable organisation - The Esther Ajayi Foundation to holistically cater for people in need of help, especially the homeless, poor and underprivileged.
In 2007, she was led by God to start her own church named: Love of Christ Generation Church C&S in London.  In 2015, the church moved into a newly renovated Cathedral in Clapham, London, where she now pastors a congregation with hundreds of worshippers and thousands of social media followers everyday.
She is a great bridge builder across many communities especially in Nigeria. She influences Secular, Political and Traditional leaders positively and spiritually for the sake of good governance, equality and social justice within society and most importantly for mutual unity amongst all faiths and denominations.
She is the Visioner and Sponsor of the Revival jointly powered by the Celestial Church of Christ and the Cherubim & Seraphim Church - tagged: Celebrate The Comforter which was hosted last July at ExCeL London. A United States of America (USA) edition is billed for next year. 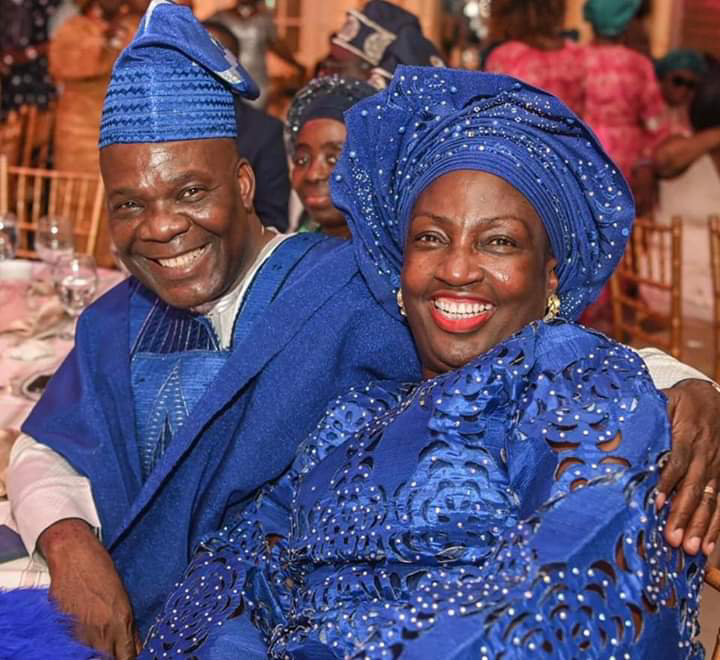 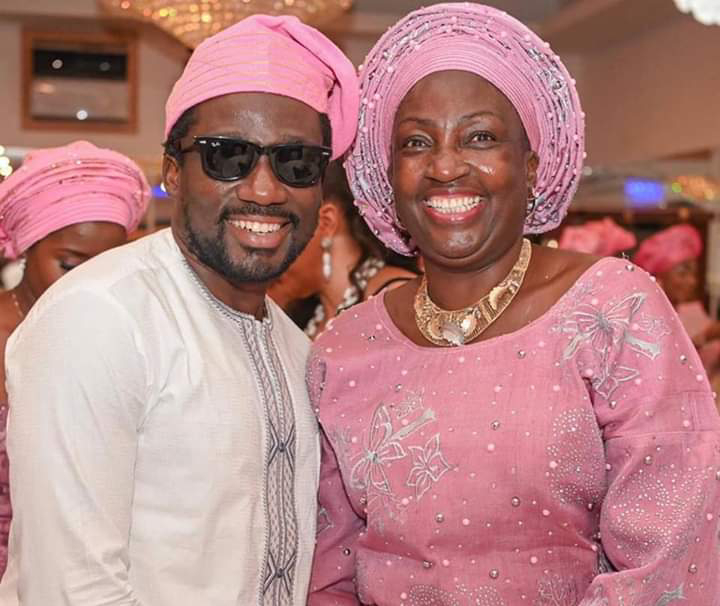 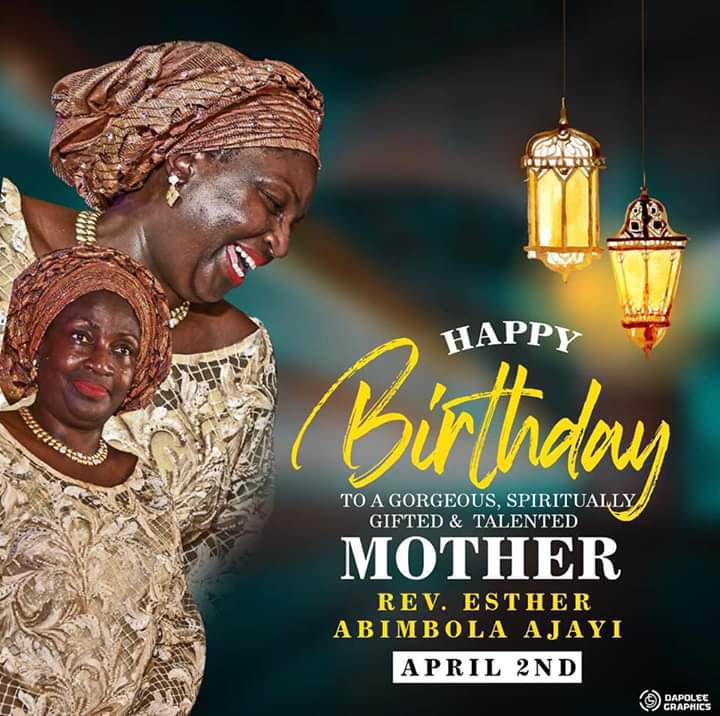