Manchester United starlet, Angel Gomes, has urged people to concentrate on ‘more important issues’ after a video of his visit to Pastor T. B Joshua, who claims to have healing powers resurfaced on social media, reports metro.co.uk.

Gomes’ future has been the subject of widespread speculation, with his contract due to expire at the end of the month, but the 19-year-old has made headlines for a very different reason this week.

Back in 2016, Gomes made a trip to see the renowned Nigerian pastor at The Synagogue, Church Of All Nations in Lagos and footage of his experience began doing the rounds on Monday evening.


In one of the clips, the England youth international, then aged just 16, explained that persistent injury problems were the reason for his visit.
“
I’ve been struggling with injuries. I was having injuries around my hip and groin which were affecting me playing and I also suffered an ankle injury which was affecting me playing and kept me out for a long time,’ he said in the video.

Yesterday morning, Gomes addressed the reaction to the videos and admitted the footage might look ‘crazy’ but stressed that he should be able to practice his faith however he wishes.


“Regarding the video that has come out from 2016. I am from a Christian family at the time my mum was a fan of the pastor, and she really wanted me to go,” Gomes tweeted.

“I was going through some issues. From the outside looking in, it looks crazy, but I was just practicing my faith.”

He added: “I didn’t really need to explain myself but a lot of people was asking me what the video was about.

“I was young at the time and if my parents thought something was best for me I would do it.”

Former Arsenal striker Ian Wright showed his support for Gomes as he responded to the youngster’s explanation.


“Absolutely none of their business [love heart emoji],” Wright replied.

Gomes became the youngest player to make a first-team appearance for the Red Devils since Duncan Edwards when he debuted against Crystal Palace back in May 2017.

But Gomes’ opportunities have been limited since then and the teenager has played just six times for Ole Gunnar Solskjaer’s side this term.

Barcelona and Chelsea have both been heavily linked with Gomes in recent weeks, with the England Under-20 international set to become a free agent this summer.

Manchester United’s executive vice-chairman, Ed Woodward, has kicked against the Premier League being voided, as it would deny Liverpool the title.

The corona-virus pandemic has put English football on a lock-down, and has led to suggestions that the current campaign could be scrapped, with time running out to complete it.

The Athletic reports that Woodward is not in support of the season being voided, stating that it would not be “very fair”.
Liverpool have a 25-point gap at the top of the table and look set to end their 30-year wait for a league title.

United themselves can still qualify for the Champions League following an impressive unbeaten run.
at March 23, 2020 No comments:

Towards hosting the successful year 2023  Confederation of African Football (CAN/ CAF) competition, Ivory Coast has commenced preparation for the building of a world-class Olympic village. 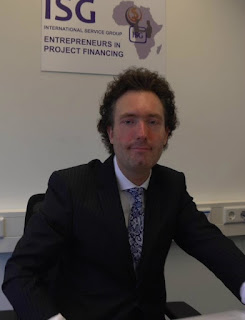 Towards this end, the Ivory Coast government has signed an agreement with a Dutch support body, International Service  Group (ISG)  to build a world-class village to ensure quality Africa's football fiesta in the country.

ISG is a Dutch organization that is committed to building infrastructure and supporting any public and private organizations in Africa.

The construction of the village is fixed at 2.05billion Euros.

The signing of the agreement to commence the construction of the village took place in the capital of Ivory Coast, Abidjan in December 2019.


The commercial Director of ISG, Mr. Mike Tuinstra signed the agreement with Ivory coast minister of sports, Hon. Paulin Claude Danho in the presence of the ISG team who were present in the country for the finalization and signing of the project.

The minister of sports in the country commended ISG for the gesture and assured that the construction of the Olympic village will enhance quality tournaments for all the participating countries.

The international Service Group is an EPS+F service provider that finances Africa infrastructure projects in the public and private sector through an all-inclusive EPC+F model with its partners who are mainly large construction companies, top banks, and Insurance companies.

ISG works with international management and experienced team in the office and on location to create jobs and reduce poverty throughout Africa with a win-win approach.

Mr. Mike Tuinstra is responsible for the funding and execution of the project in the portfolio of ISG.
at January 07, 2020 No comments:

Cristiano Ronaldo’s mum, Dolores Aveiro, has been diagnosed with breast cancer, and is currently fighting for her life.

The 64-year-old mother of four, was diagnosed with breast cancer in 2007, and underwent surgery and radio therapy.

Ahead of a trip to Italy today to celebrate her footballer son’s 35th birthday after backing him in his fight against rape claims, Dolores Aveiro admitted to new health problems.

She told a Portuguese TV station in a interview:

“I was operated on another breast in Madrid, I’ve had radiotherapy and now I’m fighting for my life.”


The shock confession came after she attacked Cristiano’s rape accuser Kathryn Mayorga over her claims she was raped in a Las Vegas hotel by saying:

“I have confidence in my son when it comes to what happened. When she went there, it wasn’t to play cards. It was to do something.

He made the generous gift to the Portuguese League Against Cancer in his native Madeira so it could be used to build a centre in the Hospital Central.