The traditional marriage took place yesterday in Delta State just days after she was inducted into womanhood.

The event took place yesterday despite her father claiming it doesn’t have his consent.

Regina Daniels Ojeogwu is my biological daughter. Whatever is ongoing is not to my knowledge and without my consent. The fact speaks for itself looking at the picture.

Her mother Rita daniel is threading on a dangerous path and I hope she will retrace her steps.
Even the initiation ceremony into otu odu appears completely strange to Regina daniel Ojeogwu. Regina Daniel Ojeogwu is my biological daughter. Whatever is ongoing is not to my knowledge and without my consent.

The fact speaks for itself looking at the picture. Her mother Rita daniel is threading on a dangerous path and I hope she will retrace her steps.

Even the initiation ceremony into otu odu appears completely strange to Regina daniel Ojeogwu. Regina is from ogwashi uku and not from olor as being rumored.

All the opportunities for Mr Ned nwoko to discuss with me proved abortive not realizing that we once lived in the same house in the awoyokun street, onipan, Lagos.

The implication of all this is that she impregnated herself. The name Regina was my late mother’s name. I have tried to exercise restraint but Regina mother kept pushing me to the wall. Am alive and not dead. If in doubt of this post call Barrister Jude Ojeogwu on 08033039058

DON'T MISS OUT!! ON BREAKING NEWS AND TRENDING TOPICS
Get important updates via e-mail for free, you can unsubscribe anytime
at May 29, 2019 No comments:

“Baba Suwe Survived! He made it and near 100% recovery- Yomi Fabiyi

Veteran actor, Baba Suwe has returned from the United States of America where he went for treatment after falling ill to diabetes. 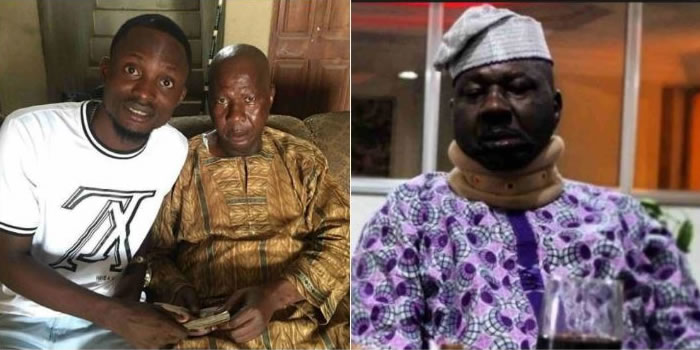 The news of his return was shared by actor Yomi Fabiyi who had been given updates about his health since news broke that he was seriously ill and in need of assistance.

Breaking the news if his return, Yomi Fabiyi said:

“Without going into individual details, on behalf of Baba Suwe and his family, I want to thank everyone for playing a vital role. Hopefully, his health restores to full capacity in no distance time, so as to enable him to return to the screen. With tears of joy and gratitude, he sends his sincere heartfelt appreciation to you all.

“This update should be the near-final public information I will be supplying on this matter. I must thank you all (Nollywood Artists, fans and well-wishers especially) for trusting me to give you required updates on this, much valued. I shall lose no time to supply any further or additional vital information if and when needed in the future.”

DON'T MISS OUT!! ON BREAKING NEWS AND TRENDING TOPICS
Get important updates via e-mail for free, you can unsubscribe anytime

The Assistant Publicity Secretary of the party in the state, Mr. Abiodun Salami, made the appeal in an interview with the News Agency of Nigeria (NAN) on Tuesday in Lagos.

He said the party was sure that the administration of Sanwo-Olu would consolidate on the strides recorded in the state, but the cooperation of all was needed to enable the incoming government to succeed.

Salami urged residents to support the Sanwo-Olu administration with ideas, and by performing their civil obligations, obeying the laws, and keying into its policies and programs.

The Assistant Publicity Secretary described Sanwo-Olu as a tested and trusted hand in governance, assuring residents he would not disappoint in the delivery of his electoral promises.

”As Mr. Babajide Sanwo-Olu is sworn-in tomorrow, we urge all Lagosians to give his administration all the support to enable him to succeed.

”Sanwo-Olu is a man idea, he is experienced in governance, he knows his onions and he is passionate about a better Lagos.

”We have no doubt he will deliver on his promises; he will not disappoint the people. But residents need to support his administration.

”We need to support him with ideas, by paying our taxes and obeying the laws. We should support the policies and programs of his administration.

”This is the only way to build a better Lagos, the Lagos of everyone’s dream,” he said.


Salami said the APC had consistently rendered impactful governance in the state and thanked residents for keeping faith with the party.

The Assistant Publicity Secretary also thanked residents for voting overwhelmingly for the party in the last presidential and governorship elections in the state.

”As you supported APC in the election, I urge you to troop to the TBS tomorrow to once again demonstrate your support for Sanwo-Olu as he is sworn-in,” he said.
at May 28, 2019 No comments: 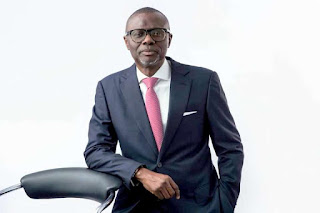 The Alliance for Democracy (AD) and Chief Owolabi Salis, the party’s gubernatorial candidate in the 2019 elections, on Tuesday, at an Election Petition Tribunal sitting in Ikeja lost their bid to stop the swearing-in of Mr. Babajide Sanwo-Olu, as the Executive Governor of Lagos State on May 29.

In a ruling delivered at 3.16pm on the eve of the swearing-in, the Chairman of the tribunal, Justice T. T Asua said that the petition of AD and its gubernatorial candidate lacked merit.

“The main purpose of an interlocutory injunction as rightly argued by the respondents is to preserve the ‘res’ that is the subject matter of the case.

“In this case, the petitioners have failed to show via their affidavit evidence that the res, which is the governorship seat of Lagos State, is in danger of being destroyed and has to be preserved by the issuance of the restraining order sought.

“An injunction is only issued to restrain a threatened wrong and not to restrain the performance of a legal right,” he said.

Dismissing the application, the Chairman of the Tribunal noted that restraining Sanwo-Olu from being sworn-in as Governor would lead to a chaotic situation in the state.

“To crown it all, restraining the second defendant from being sworn-in as governor of Lagos State when the tenure of the incumbent expires on the 29th of May 2019 creates a vacuum in the governance of Lagos State.

“This throws spanners in the works, causing confusion and leaving the entire Lagos State at the mercy of the first petitioner’s (AD) personal ambition to govern the state.

“Such an ugly scenario shall not be allowed by this Tribunal. In a final analysis, we hold that this application lacks merit and is hereby dismissed,” Justice Asua said.

After the ruling, Mr. Tunde Falola, the counsel to the second respondent (Sanwo-Olu) thanked the Tribunal for its decision.

“On behalf of the second respondent, I thank this Tribunal. This decision has prevented the creation of a chaotic atmosphere in Lagos State. We are grateful sir,” Falola said.

AD and Salis had on April 25 filed a Petition numbered EPT/LAG/GOV/2/2019 which sought to halt Sanwo-Olu’s swearing-in on the grounds that he had a criminal record in the United States and is of unsound mind.

Other respondents are -The Returning Officer for The Lagos State Governorship Election, the Commissioner of Police and the Nigerian Army.

The AD and Salis in the petition had claimed that, “The second respondent (Sanwo-Olu) is a person adjudged to be of unsound mind and who is not capable to be sworn in as the Governor of Lagos State.

“Sanwo-Olu has records of unsound mind and rehabilitation with the Gbagada General Hospital Lagos State.

“By virtue of section 182(1)(c) of the 1999 constitution as (amended), the second respondent is a person not qualified to be sworn-in as a Governor.

“Mr. Akinwunmi Ambode, the present Governor of Lagos state and who is the chief security officer of the state attested to the fact in Punch Newspapers of Monday, Oct. 1,2018, that Sanwo-Olu is of unsound mind and not fit and proper to govern Lagos State.

“Governor Ambode equally stated that Sanwo-Olu was arrested and detained for several months and was convicted for spending fake dollars at a night club in America.”

AD and Salis had sought an Order restraining the Chief Judge of Lagos from swearing-in Sanwo-Olu as the Executive Governor of Lagos State.

They had also sought an Order restraining the Chief Judge of Lagos State in the interim from swearing-in Sanwo-Olu as the Executive Governor of Lagos State pending the determination of the Petition at the Tribunal.

Some of Nollywood’s finest actresses teamed up for ladies hang out and they shared pictures from their timeout together.

Wizkid’s Bestie, Tiwa Savage has revealed that the gentle looking singer has become ‘wild’ over the years.

Tiwa Savage who recently signed a deal with Universal Music came across a Pepsi advert of herself and Wizkid that was everywhere years ago and she had something to say.

The big billboard advert for Pepsi displayed a young Wizkid and herself. While admiring the adverts, a man who accompanied Tiwa asked her ‘how many years ago is this, look at wizkid, look at how young he is’ 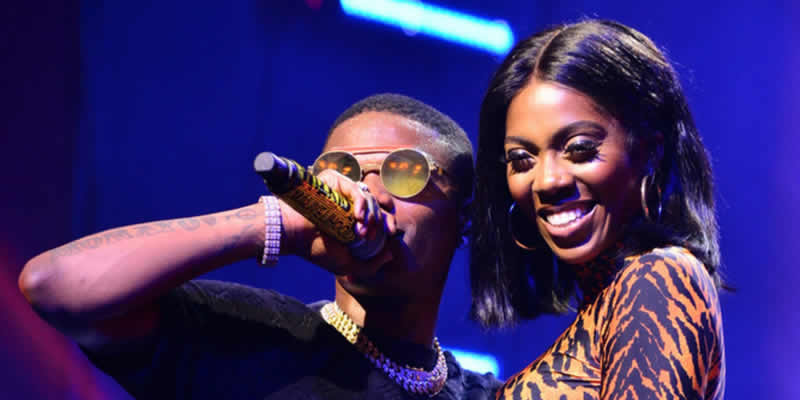 The trial of Chukwudumeme Onwuamadike popularly known as Evans took an interesting turn on Thursday as one of his co-defendants, Linus Okpara told a Lagos High Court sitting in the Igbosere area that he had a failed surgery.

Okpara who is standing trial alongside the suspected billionaire kidnapper is the third of four defendants in an attempted murder case filed against Evans and the others by the Lagos State Government before Justice Adedayo Akintoye.

The defendant who is on remand at the Kirikiri Maximum Security Prison, Lagos, alongside the others claimed that a surgery he underwent while in prison custody had failed.

At the last adjourned date on Thursday, the 16th of May, Okpara’s new counsel, Mr CJ Jiakponna, told the court that his client had a pending bail application because of an unresolved health challenge, Channels TV reports.

The judge adjourned till Thursday, May 23 for Jiakponna to argue the bail application after he would have served the prosecution counsel, Mr Y. G. Oshoala.

When the case came up on Thursday, Jiakponna did not move the bail application. Rather he moved another application seeking an order compelling the Medical Director of the Kirikiri Maximum Security Prison to issue a medical report on Okpara’s state of health.

“The applicant had a failed operation which might require treatment at an outside hospital. If at the end of the day, the medical report says he can be managed in the prison, we will not be able to move his (bail) application.

“We urge your lordship to grant this application. The law places a high premium on a human’s life.”

The prosecution did not oppose the application.

“In the interest of justice, we will not be opposing the application,” Oshoala said.

In her ruling on the issue, Justice Akintoye granted his request.

“In the absence of any objection to the motion filed on behalf of third defendant Okpara Linus, the Medical Director is hereby ordered to issue a medical report to the court within the next seven days,” she said.

The case has been adjourned to June 27.